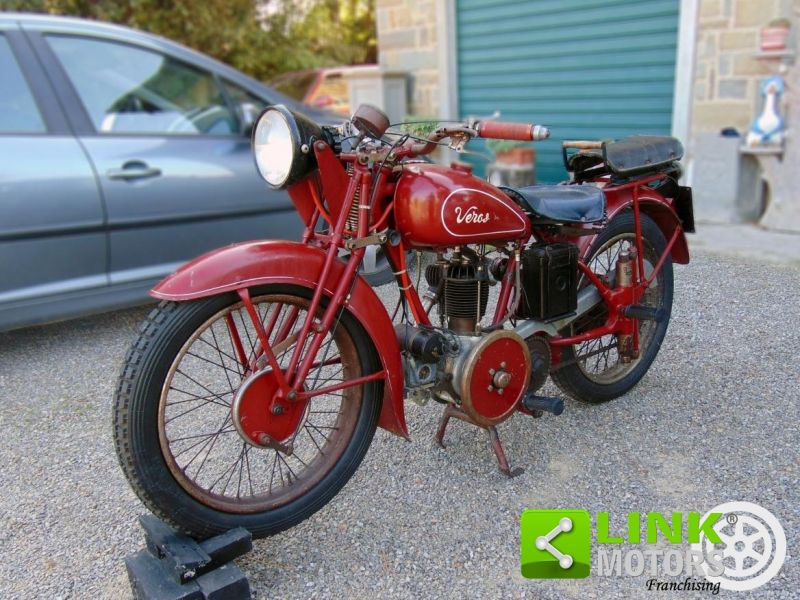 We propose Garanzini & Veros & 250, the first year of registration in 1923, perfectly preserved, ex officio with original documents, the only one in the world.

4-stroke petrol engine with 1 cylinder and 3-speed gearbox. 1921 was the year of Oreste's first sporting celebration which, radically changing one of the bikes that mattered, made Veros, a Blackburne motorized sub-case, with which he won the Italian class 350 title. The name & Veros was also used until 1925 as a real brand to market a small series of motorcycles based on Verus. Beginning in 1922, the actual production of a series of craft motorcycles with a JAP engine and sold under the Jap-Garanzini (or Garanzini-Jap) brand began. With a 250 of his construction Oreste Garanzini obtained in 1923 a new title of Italian champion.

Services offered by the Link Motors Perugia Agency: - 12 to 84 month financing. Shipments of domestic and foreign vehicles. Bureaucracy management until the transfer of ownership. High resolution photo on the site --BLOCKED--