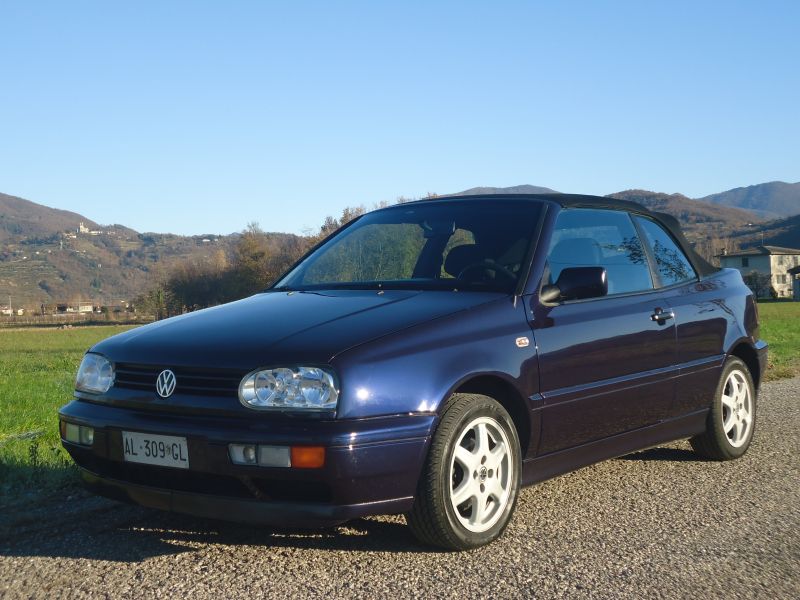 1991 saw the European debut of the third series of Golf, welcomed with an immediate success with the public and critics, to the point of being able to earn the coveted Auto award of the year in 1992. The aesthetics, was updated to the canons of epoch, with an obvious modification in the front, much more rounded and equipped with headlights enclosed in an oblong shell. In 1993 there was the re-edition of the Cabriolet. He went to replace the cabrio version of the first series, produced continuously since 1979 until then, because, among the many versions in which the second series was made, there was never a discovery. So this series that we present is a Golf III, but as a Cabriolet it would be considered as 2nd series. Overcoming this disquisition, the fact remains that the Golf Cabrio 1993/1997 is, in our view, one of the most beautiful from the aesthetic point of view. In particular this is a 1600 MOVIE of 1996 well equipped with in particular: electrically reclining capote, air conditioning with manual adjustment, 4 electric windows and central locking, alloy wheels 6x15 BBS with anti-theft. The car has been tagliandata and has the periodic revision valid until the end of November 2020. A pleasant object to use even every day, open in the summer.