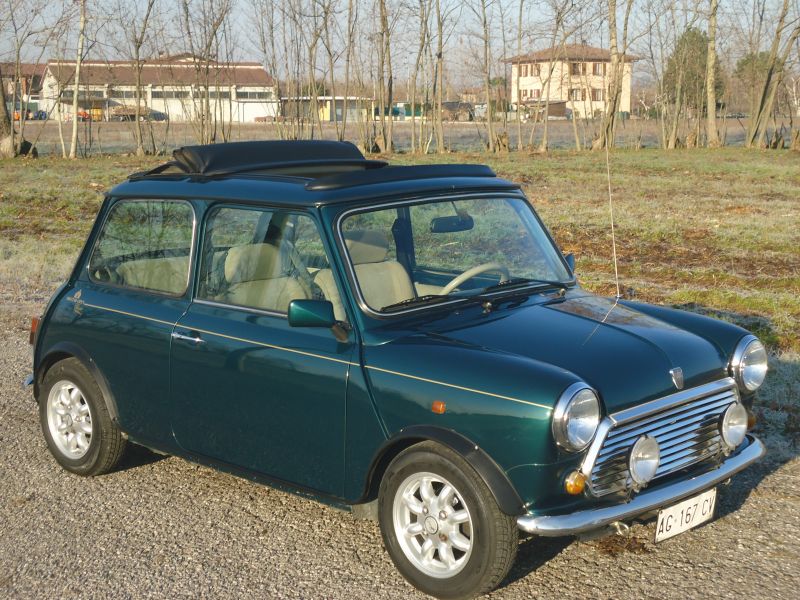 The classic Mini of the nineties
In 1990 the Rover Group renewed the Mini, giving it greater security and introducing the catalytic converter. The body was reinforced, while the engine, now 1275 cm³, adopted a single point electronic fuel injection. The power became 50 hp. The only version available on the Italian market was the Mayfair (with a closed body or with an Open Classic canvas sunroof). The grille came back chrome. The British Open Classic is recognizable to be only in metallic English green, electric sliding sunroof, 12-inch "minilite" wheels, side lettering.
The car we are presenting is an end series registered in September 1996 and featuring 53 bhp (the year in which the car was 35 years old), one of the last under the aegis of Rover. always well maintained and cared for, as demonstrated by the Rover interior floor mats, still original, the chrome antenna for the radio system, the fog lamps typical of the Cooper versions and the steering wheel covered in light leather.A pleasant object of mixed use that combines the ease , the possibility of traveling with an open roof, elegance and reliability, a "green" and current Open Classic.