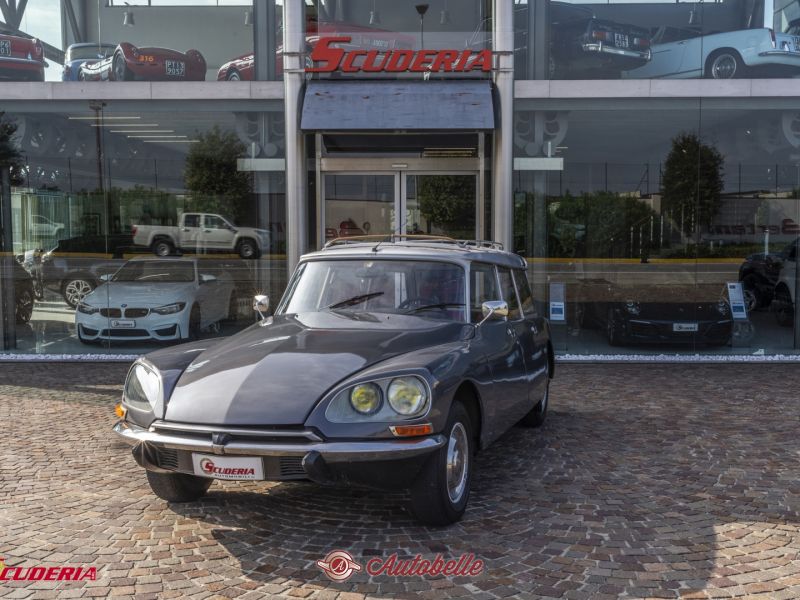 Presented at the 1955 Paris Motor Show, the DS has since its birth included technological innovations that remained current until the end of production in 1975. Some of them were rediscovered by many car manufacturers only several years after its release. production.
At the time of the launch of the Break 20, the ID Breaks had already existed for some years, that is the Citroën ID "dressed" with a large bodywork station wagon with three rows of seats. The Break 20 would soon replace the ID Breaks, which came out of production in 1969. The Breaks produced in the following years were no longer "pure" IDs. The Break 20 combined this body configuration with the 2-liter 90 hp engine. The base was always that of the ID Break, but there was also the brake servo (typical of the DS), and in rare cases also the semi-automatic gearbox and the injection fuel (generally, instead, the Breaks were carburettor). It was therefore a sort of cross between ID Break and DS. The Breaks were able to accommodate up to 8 people including the driver.
Compared to the sedans, the Breaks weighed an average of eighty kilos more and also fitted with hydropneumatic suspensions, and this gave another reason to boast about the Breaks compared to the competition, that is to be the only station wagon capable of keep the set-up constant regardless of the load.

Welcome to the Scuderia world
www.scuderiasrl.it