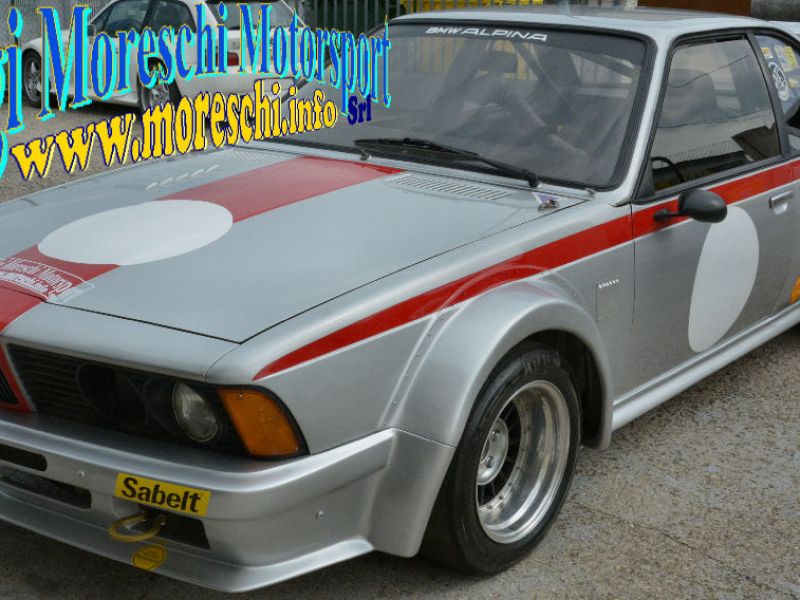 Alpine engine purchased new and never used by the F1 Scuderia Merzario to apply it on a BMW 635 group 5 racing car, but without following up on the project. Arturo Merzario then sold the engine to Moreschi Motorsport at the end of 1991. In 1992, with the purchase of this BMW 635csi, Moreschi Motorsport continued the project started by Merzario, and the car was ready for the '94 season; debuting at the Circuit of Rastellino on 25/4/94 with a 2nd in its category.
The first real competition was the Varano Challeng Club of 4/9/94 where it obtained the 1st overall; while the first uphill race was the Alpe del Nevegal 8/24/97, finishing 1st in category and 2nd overall.
He raced in modern cars until 2006, when he became a motorcyclist. The 2007 season saw her participate in 3 uphill races; respectively: Camucia-Cortona, Caprino-Spiazzi and Bologna-Raticosa, placing 1st in the Silhouette category in all three.
In 2008 it was sold to a Tuscan collector. In 2011 it was completely overhauled, the engine was overhauled and enlarged. From the revision to 2018 it was used in only 3 competitions. In 2019 he participated in the re-enactment of the Ship-Cain-Saint Eusebius.