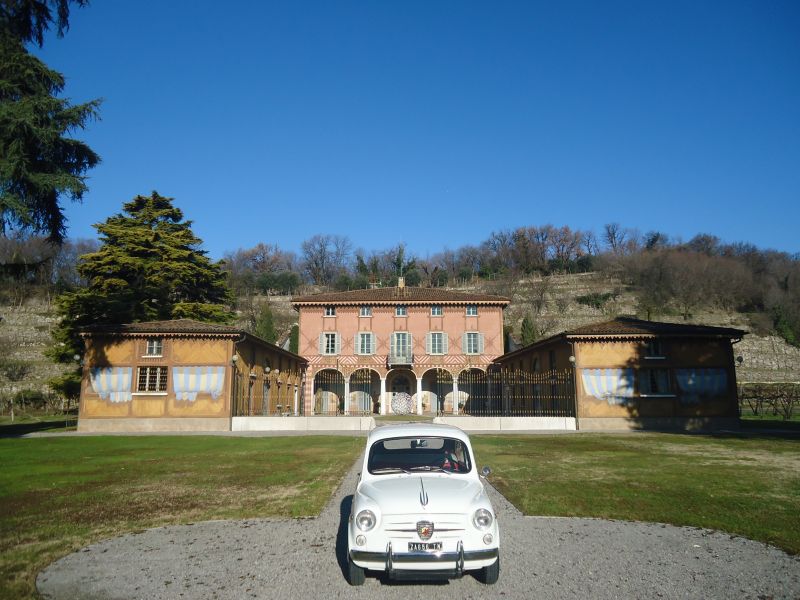 On 3 September 1961, 3 Abarth 850 TC occupied the first three places of class at the 500 km of the Nurburgring. At the same time, the 1000 products produced, necessary for international homologation in the tourism category, are achieved. Carlo Abarth then rides the wave of this success by presenting the Abarth 850 TC Nurburgring in November of the same year and offers more than the TC: a power of 55 hp, special axle shafts and the front suspension equipped with the crossbow with an inverted eye. The car we offer is one of the last produced, in road version, very rare, in 1964, with the new goalie upwind already, and registered in 1965 to an unconscious electrician, who used it as a traditional family car before selling it in 1971 to another owner who, at that time, did not realize that he was holding a particular car, so that in the end it was abandoned and by paying no more the stamps was radiated from the office. In the 2000s it was rediscovered by those who, at first glance, thought it was a classic 600 D abarthed one immediately realized, from the punching and details, that it was instead a rare Abarth 850 TC Nurburgring. We met a friend of the first owner who confirmed that the car had 90,000 km original to the discovery and that today has 102,500 with its original engine. This is therefore the car matching number chassis Abarth 4516, 100% correct. The car is in perfect technical and aesthetic efficiency, excellent for brand gatherings, regularity races, fun and easy. Important cars the original Abarths. This is even more so in road construction, correct and appropriate at the time, as they were then out of Corso Marche 38 in Turin